According a study from Sensor Tower, Google Play Store has now more than 2 million Apps and Games available ! The graphic below show the incredible evolution of that number since December 2009 until February 2016 passing from 16,000 apps to 2 million now. 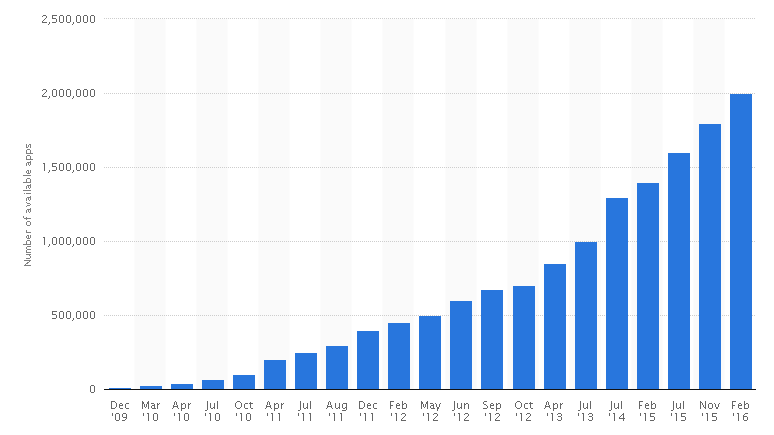 Report says also that there were 11.1 billion downloads made from the Google Play Store during the first quarter of 2016. It’s a 6.7 percent increase from the same quarter last year in 2015. Besides, the number of games in the Google Play Store equals five times the number of tools-related apps. The biggest growth category during the same period was photography with a 20 percent increase. Good to know.

By looking to individual apps, we can get the top 20 from US Downloads on the Google Play Store during Q1 of 2016 :