With record results from Android or on Ads market, Google continues to be a successful firm. But, that kind of success comes with a big amount of problems generally. An for Google, there is no exception at the rule ! Indeed, where as its battle with Oracle about the use of Java APIs on Android continue and is going in front of the justice, Google must now answer to the EU Commission that could fine it $7.45 billion for Antitrust charges. 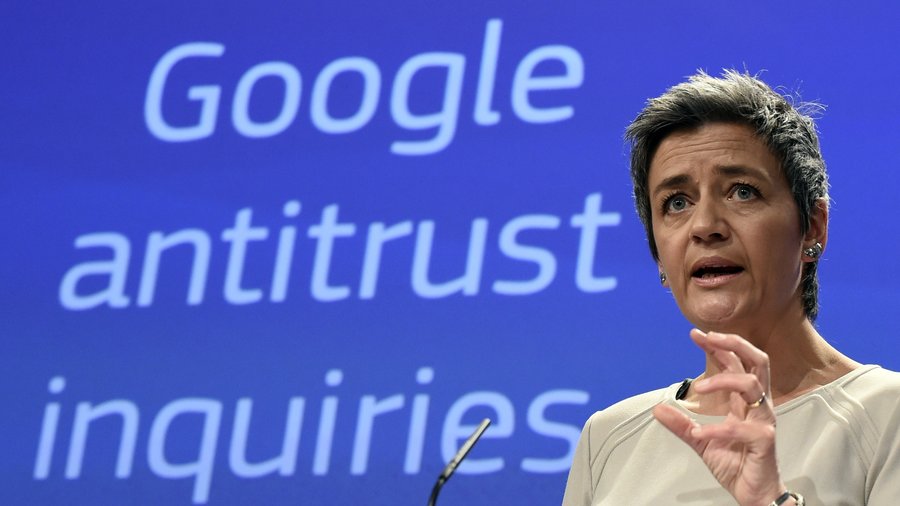 At the same time last year, the EU Commission already accused Google of abusing its dominant position in the European search engine by favoring its own services like Google Products in results pages. Now, problem comes with Android and a separate investigation is going to be made. Indeed, Google took advantage of its leading position in mobile OS by pre-loading its apps on Android smartphones and tablets. It concerns apps like Gmail or Hangouts for example.

Note that that kind of Antitrust investigation is frequent for the EU Commission which has made some trouble to Microsoft previously on Windows for example. To be clear, Google could abuse its dominant position with its MADA (Mobile Application Distribution Agreement). This MADA says that in order to package a Google App in an OEM phone, they must include all Google’s apps and services mentioned by Google. So, to get Google Play Store available on its smartphone, an OEM must include all Google’s apps and services. And it’s impossible to survive in the smartphone battle without the Google Play Store installed.

At the end of the investigations, the EC could charge Google with anti-competitive behaviour. What is the risk for Google ? The authority could impose it a fine going up to 10 percent of Google’s annual sales. Note that last year in 2015, Google made $74.5 billion in revenue, which means it could be a fine of $7.45 billion. Hard even for a firm like Google !