Yesterday, LG announced its new flagship : the G5. An awesome smartphone with aluminium body, dual rear cameras and a lot of modular attachments : the Friends as named by LG. Now, it’s time to compare specifications of the new LG flagship with its predecessors from 2015 and 2014 : the LG G4 and LG G3 respectively. The following table lets you to discover that quick specifications comparison : 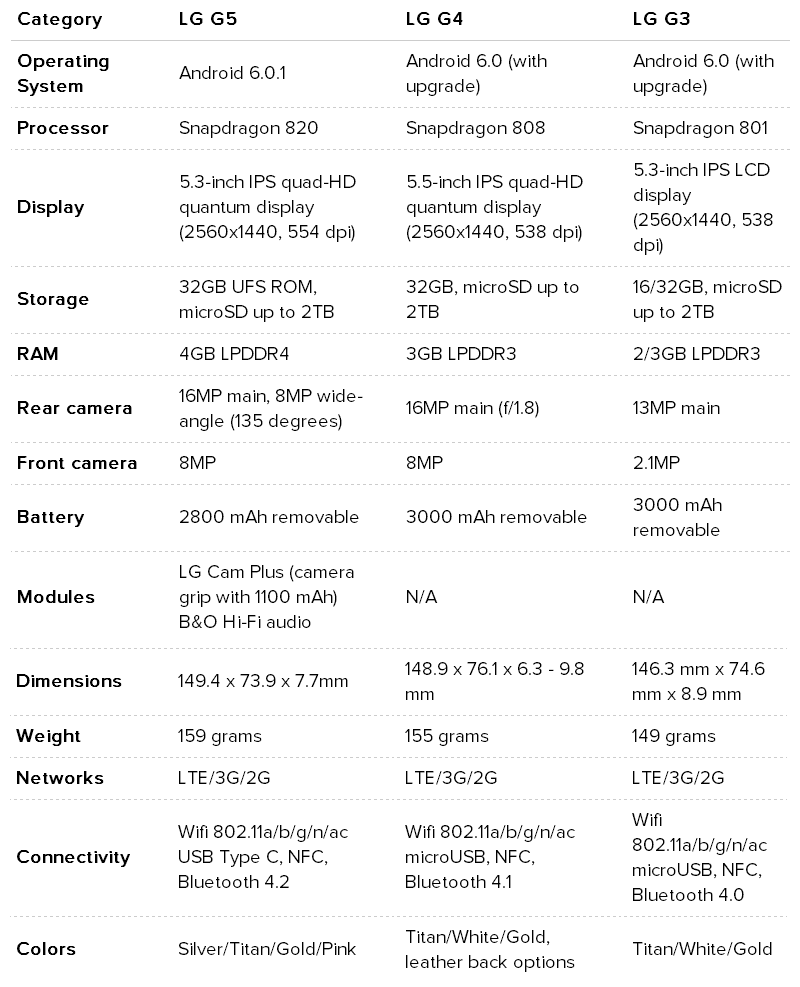