You probably know Solitaire as one of the standard classic games presented in Windows operating systems since the 90s. While the earliest records of this game played with physical cards appeared in the 1700s in Northern Europe and Scandinavia, Solitaire card games have become extremely popular with advancements of computers. You might have tried it at least once. But if not, here’s everything you need to know to play Solitaire!

Your Goal and the Rank of Cards

To play, you simply need a standard 52 card deck or just a device with Solitaire installed. In any case, the objective of the game is to move the cards on the layout carefully to create sequences from Ace to the King. If you manage to stack all 52 cards in four piles, Spades, Hearts, Diamonds, and Clubs, you win! In some variations of Solitaire online, you have to know the ranks of the cards to play right. There, the Aces go for 1, the cards from deuces to tens are connected with their numbers, and Jacks, Queens, and Kings count 11, 12, and Web Here.

Generally, the deck is divided into four types of piles in a game of classic Solitaire. These are as follows:

The Tableau consists of a total of seven separate columns. The first of them has one card; the second has two and this continues till seven. Only the topmost card of each pile is laid upwards.

All the cards left after creating the tableau are referred to as the stock. That is where additional cards are drawn from as the game progresses.

The foundation area is where you will create the piles of cards in ascending order starting from the aces of all the suits to win the spider-solitaire-masters.com. These will be empty at the beginning.

One or a set of 3 cards is drawn from the stock. Only the top card is faced upwards and this can be added to the tableau or one of the foundations to progress the game.

As it comes from the above information, at the start of the game, the tableau will be laid out along with 4 empty spaces for the foundations and the stock next to it. Then, start moving cards remembering the following:

Now you have an idea of how to play the seemingly simple but intricate game of Solitaire. It will take some time to get better at it, as with most things. But it will be worth the result! Try different types of free Solitaire or play physically with a deck.

Now go forth and conquer! 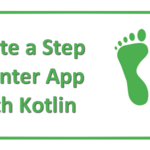 Create a Step Counter Fitness App for Android with Kotlin 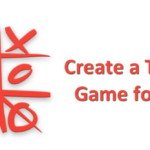 Learn to create a Tic-Tac-Toe Game for Android 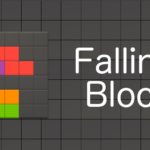 Rediscover the joys of Tetris on Android