Android Studio 2.0 is up : build Android apps has never been so easy

Where as Eclipse with ADT plugin was a great solution, Android Studio is now the fastest way to build high quality and performant apps for the Android platform. It includes smartphones and tablets but also Android Auto, Android Wear and Android TV. All you need is packaged in standard on Android Studio : code editor, code analysis tools, emulators and other monitoring tools.

Android Studio 2.0 includes a lot of new features that will make life of Android developers easier. This is the top 5 :

When you develop an application and make some changes on your code, you woud like to see instant changes on the running application. This is now possible with Instant Run feature. To achieve that, a lot of work has been made to accelerate build / run from the VM and let hot swapping. It will save time every day to developers.

Instant Run feature is available with new buttons and works with any Android Device or emulator running API 14 (Ice Cream Sandwich) or higher :

When you click on the specific Instant Run button, it will analyze the changes you made and determine the best way to deploy your new code in the fastest way. For some type of changes, an activity or app restart will be required but be sure that the whole process of build and run should be generally much faster than before. It’s probably the best new feature offered by Android Studio 2.0 !

Google Play Services are not included in the official Android Emulator which is a great addition. It will let you to test out more API functionality directly on the emulator. Android Emulator User Interface has also been improved with new controls : 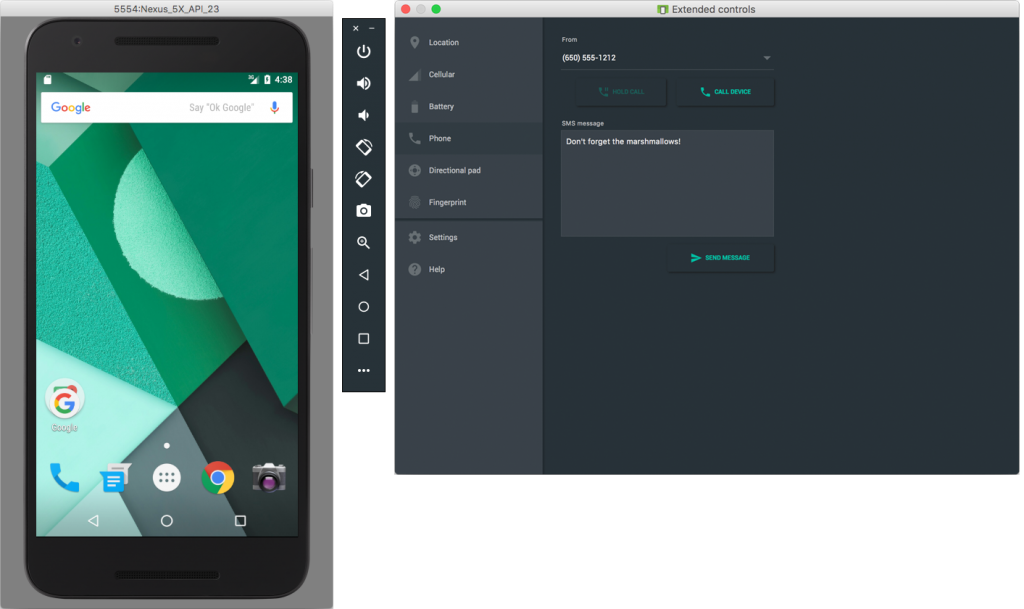 Android Studio 2.0 is built on the last version of the Jetbrains’ IDE. Always good to continue to keep Android up to date with IntelliJ coding platform. The new features offered by IntelliJ 15 are listed here : https://www.jetbrains.com/idea/whatsnew/

Google makes a great work to add a lot of tools for previewing on Android Studio. In that version, Google has added a GPU Debugger Preview that will make life easier for those that develops OpenGL ES based apps or games. It will let to see each frame and the GL state directly on Android Studio. GPU stream could be captured and analyzed to make some diagnosis on GL rendering issues.

App Indexing is become an important feature for developers to promote the visibility of their app in Google Search. Now, Android Studio offers a feature to auto-generate URLs directly in the IDE. Even better, it’s possible to test the generated URLs within the IDE.

« Android is gaining market share over Apple’s iPhone in the US, Europe and China
Load your images with Glide, the Image Loader Library for Android, recommended by Google »