Discover Best Apps and Games from Android in 2014

Like previous years, 2014 has been a great year for Android and its ecosystem. Market share has grown to reach new record, Smartphones’ sales have continued to increase, Apps and Games available on Google Play Store have also increased. Developers are always more to wish a big success.

Now, 2014 is almost ended, so let’s see the best Apps and Games according Google Play Store rankings. We’re going to list the top 5 Games and the top 10 Applications.

Developed by King, Candy Crush Saga has been the best game success in Android in 2014. Game has 785 regular levels and 500 dreamworld levels. Now, King has completed the saga with other hits like Pet Rescue Saga and Farm Heroes Saga.

Don’t Tap the White Tiles is a simple game with addictive concept that reached 160 million Downloads in 2014 ! There are more than 30 game modes availables to make some piano tracks.

From the makers of Candy Crush Saga comes another addictive game named Farm Heroes Saga. Game is almost similar to Candy Crush Saga. Like other hits of King, game has a lot of levels to play.

Subway Surfers is an endless runner game developed by Kiloo. Released in May 2012, Subway Surfers has known a big success in 2014. Gameplay is easy : you must collect coins an other rewards while running to avoid an Inspector and his dog. Other characters can be unlocked by playing or by purchasing in-app items.

Clash of Clans is a free strategy game developed by Spercell. You have to build a community with troops and attack other players to increase your kingdom.

Well known of travelers all around the World, TripAdvisers put on Android its database of million of Reviews.

NFL Mobile is the official application of the National Football League (NFL). App provides all the infos for NFL fans with news, scores, standings an more with videos for example. All infos are updated 24/7.

With more than 1.3 billion users all around the World, Facebook is largest social network in the World. Its Android application is logically a big success.

After big success in USA, Netflix wants to conquer the rest of the World and first it’s start with Europe. Neflix is one of the most used service in the World to watch movies or TV series from computer, tablets or smartphones. Its recommenation system is really great. A must have if you have subscribed to Netflix.

Top app in Health and Fitness category, My Fitness Pal is on the largest growing category on Google Play Store. It’s the ideal companion to follow your weight and know how much calories you take.

DuoLingo is the most downloaded app in the Education Category. DuoLingo is free with no ads ! It’s the best applicationto learn English, Spanish, Danish, French, German, Portuguese, Dutch and Irish.

With end of 2014 year, battle will continue in 2015. What will be the best applications an games in 2015 ? Give your forecasts in comments … 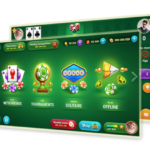 « How to close and hide the Android software keyboard ?
How to save Activity state in Android ? »