Did you have some memories when you was a kid ? When smartphones and tablets didn’t exist ? One of the greatest game we loved to play was the Peg Solitaire Brainvita. Played on wooden board, Peg Solitaire is a game for one player involving movement of pegs on board with holes. 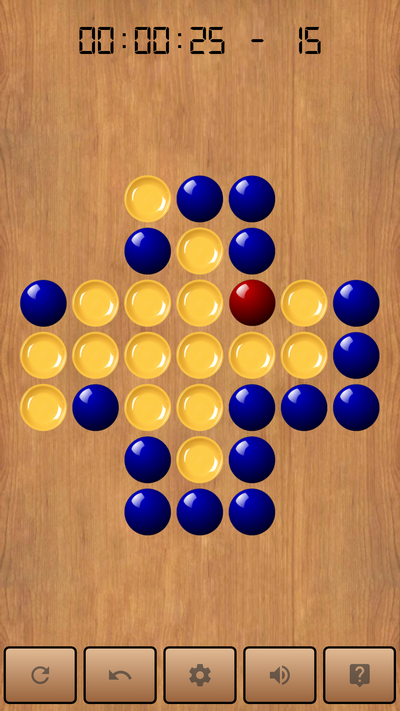 With Peg Solitaire Brainvita, you can rediscover this famous game directly on your Android device and let to your kids to discover it by downloading it from Google Play Store :

Game is simply known as Solitaire in the United Kingdom and also referred to as Brainvita especially in India. Sometimes, it is also called Marble Solitaire.

When game starts, board is entirely filled with pegs except for the central hole. Objective is, making valid moves, to empty the entire board except for a solitary peg. When you reach this state, you solved the Peg Solitaire ! A valid move is to jump a peg orthogonally over an adjacent peg into a hole two positions away and then to remove the jumped peg. If no moves are possible and several pegs are still on the board, game is over ! You must restart a new game.

You can see Peg Solitaire in action on Youtube :

Peg Solitaire offers you several board variants alongside the Standard English style :

Enjoy this old school game and don’t hesitate to contact developer via email : sylvain.saurel@gmail.com if you have ideas or feedbacks to improve Peg Solitaire Brainvita.