Guide of classical gestures made on smartphone and tablets

With smartphone and tablets, users interact with applications with gestures. There are a lot of different kinds of gestures and each has a well defined name. In 2010, Luke Wroblewski has made a great work to classify all of these gestures in his “Touch Gesture Reference Guide” article that can be found here : http://www.lukew.com/ff/entry.asp?1071 .

Even better, he gives some details of the support of these gestures on OS platforms like iOS, Android and Windows Phone. Obviously, article is old but content is always actual and I think the following infographic can be great to keep in mind how users can interact with applications : 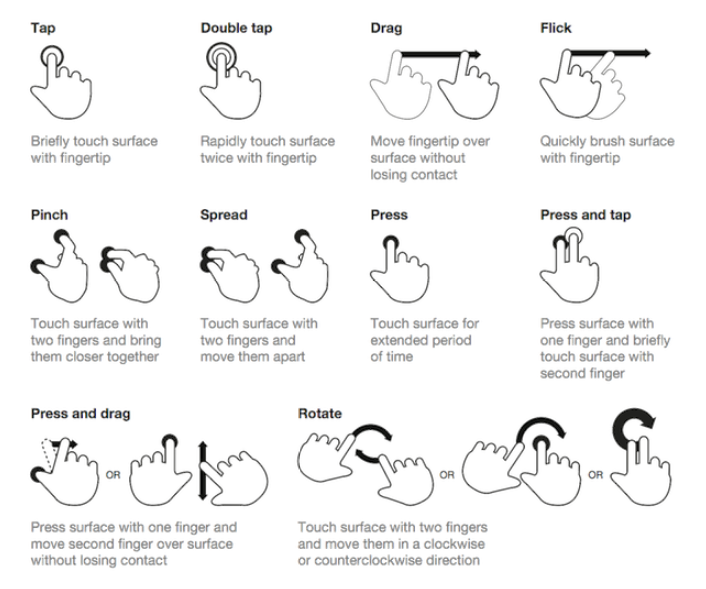 It will be very useful when you will choose which gestures you need in your applications. Indeed, most people don’t want to learn new ways to interact with their mobile devices. They prefer to use classical gestures that already work. So, keep these gestures in mind and be simple and relevant.